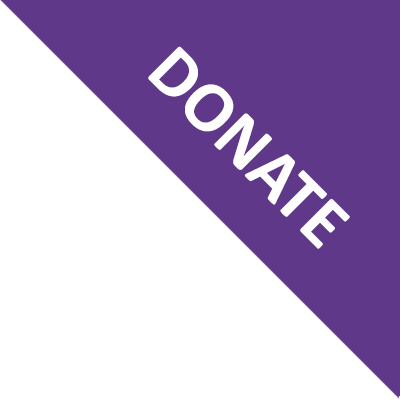 The current church organ was built by Wood Wordsworth in 1924 following the fire at a cost of £939.  We are delighted that the organ continues to be maintained and tuned by Peter Wood and son, Mark Wood being the great grandson of the man who built it.

The surrounding wooden organ screen was design and carved by George Walker Milburn (1844-1941), the very well respected York carver and sculptor.   Photographs of the finished work are recorded in his Day book.  According to Milburn’s quotation for the work, the panels were designed by the Hull architect, John Bilson F.S.A. Bilson also designed the decorative tracery for the choir stalls, desks etc. This is recorded in Milburn’s Estimate Book 1916-1926, with extensive notes and sketches of the designs.

The previous organ (pre-fire) had been given by the tenants of Escrick Park Estate and other friends as a permanent token of their esteem and affection for Rt Honourable Beilby , third Baron Wenlock who died in 1912.

You can read the history of Peter wood and son at http://www.peterwoodandson.co.uk/about-peter-wood-organs.html

and about George Walker Milburn  at https://yorkcivictrust.co.uk/heritage/civic-trust-plaques/george-walker-milburn-1844-1941/ 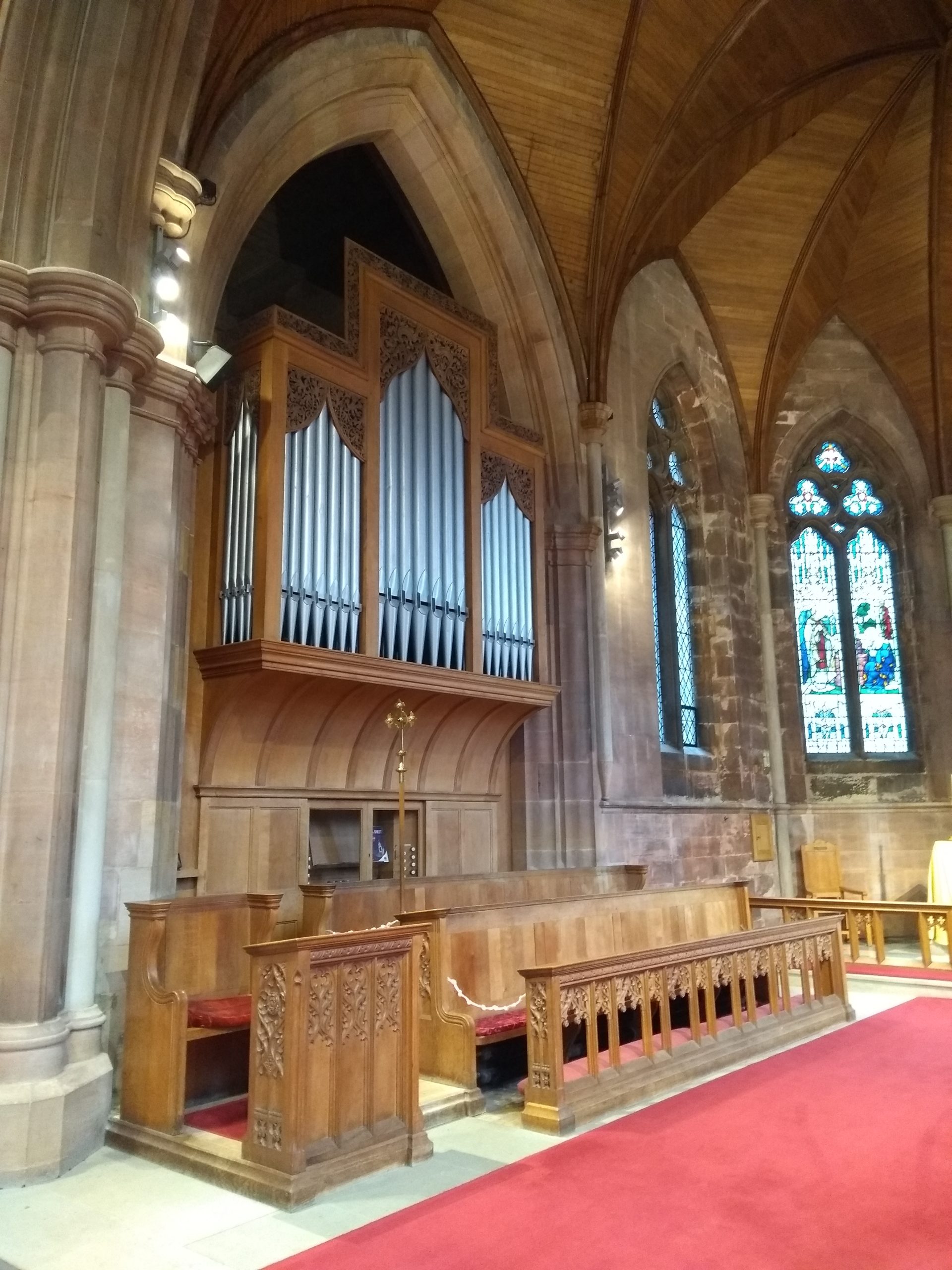 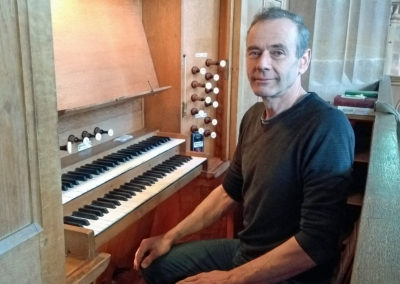 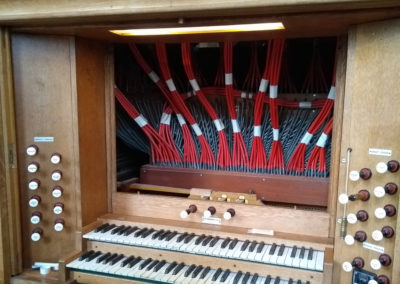 Organ without the front panel

Organ without the front panel