We have selected a few of these highlights below to help you plan your visit. It is by no means a definitive list and we will be adding to it as our project develops. Click on the green plus (+) symbol to read more.

EFFIGY OF SIR ROGER DE LASCELLES. This effigy was the inspiration for our Heritage Lottery Funded project ‘Walking through the Centuries with a Legless Knight’. It is believed to be the funeral effigy of Roger de Lascelles, Lord of the Manor of Escrick who died c1297.

The Lascelles family have a long association with Yorkshire, being one of the most important noble families in the county since the Norman Conquest. Roger de Lascelles held the manor of Escrick from at least the 1260’s until his death in c1297. When he died without a male heir his estate was divided between his widow and four daughters and later passed on to his grandson.

This effigy has been the subject of extensive research by Mr and Mrs Gittos from the Monuments Society and they have concluded that the rarity of its detailing makes it of national significance. Read their fascinating report in full here. EFFIGY OF LADY CAROLINE NEVILLE. This memorial was created by Count Gleichen (cousin of Queen Victoria) and was dedicated by the second Lord Wenlock to his mother, Lady Caroline Neville (1792-1868) wife to the first Lord Wenlock and daughter of Lord Braybrooke.

The memorial was originally erected in 1876 on an ornate marble tomb chest between the arches in the North Aisle. It was seriously damaged during the fire of 1923, the plinth was destroyed and the memorial was moved to the back of the church. As part of our Heritage Lottery Project we will be restoring the memorial to its original place. Further Research. ST HELEN'S CHURCH, ESCRICK. This magnificent Grade II* Church was consecrated in 1857 and dedicated to the memory of the First Baron Wenlock by his sons.

Built in the Gothic Revival style this is the third church to be constructed in the village. The first medieval church was demolished by an Act of Parliament in 1781 by the estate owner Bielby Thompson as part of a project to remodel the village and create a fashionable Deer Park. The second Georgian Church was built in the vicinity of St Helen’s but was demolished in favour of the current church designed by the celebrated architect F C Penrose (1817-1903). At a public meeting on 14 January 1919 a project commenced for Escrick and Deighton to remember its WW1 fallen soldiers.  A War Memorial Committee (WMC) was organised. Members represented some of the bereaved families and local landowners.  After several meetings and deliberations the Committee agreed that the ideal location for the memorial should be close to the main entrance to St Helen’s Church and take the form of a symbolic cross.  It was designed by the architect Temple Moore to meet a budget of £400.  The war memorial cross was made from Hopton Wood stone by T S Ullathorne & Sons of Selby for Temple Moore, at a cost of £168 and 6 shillings.

The War Memorial unveiling ceremony was held on 24 July 1921.  The memorial was unveiled by Brigadier General Mends and an address given by Rev Chancellor Austen.  To read more about the Memorial and those named on it, click on this link Escrick and Deighton War Memorial booklet MEMORIAL TO JANE LAWLEY (NEE THOMPSON). Jane Thompson (1743-1816) was the second child of Beilby and Sarah Thompson owners of Escrick estate. Her son Paul Bielby Thompson would become the First Baron Wenlock (2nd creation). This memorial is by the Danish sculptor Bertel Thorvaldsen (1770-1844). It is one of only three known monuments by him in England.

Thorvaldsen was one of the most famous artists in 19th century Europe. He created works of art for the Pope, Napoleon and many of the royal families of Europe. He has a museum dedicated to him in Copenhagen, Denmark www.thorvaldsensmuseum.dk/en He was held in such esteem that he became the first and only person to be granted the freedom of the city of Copenhagen.

Today his work can be found in many of the greatest art galleries in the world including, the Louvre Paris, the Metropolitan Museum New York, the Victoria & Albert Museum London, the Hermitage Museum St. Petersburg and the Alte National Gallery Berlin. 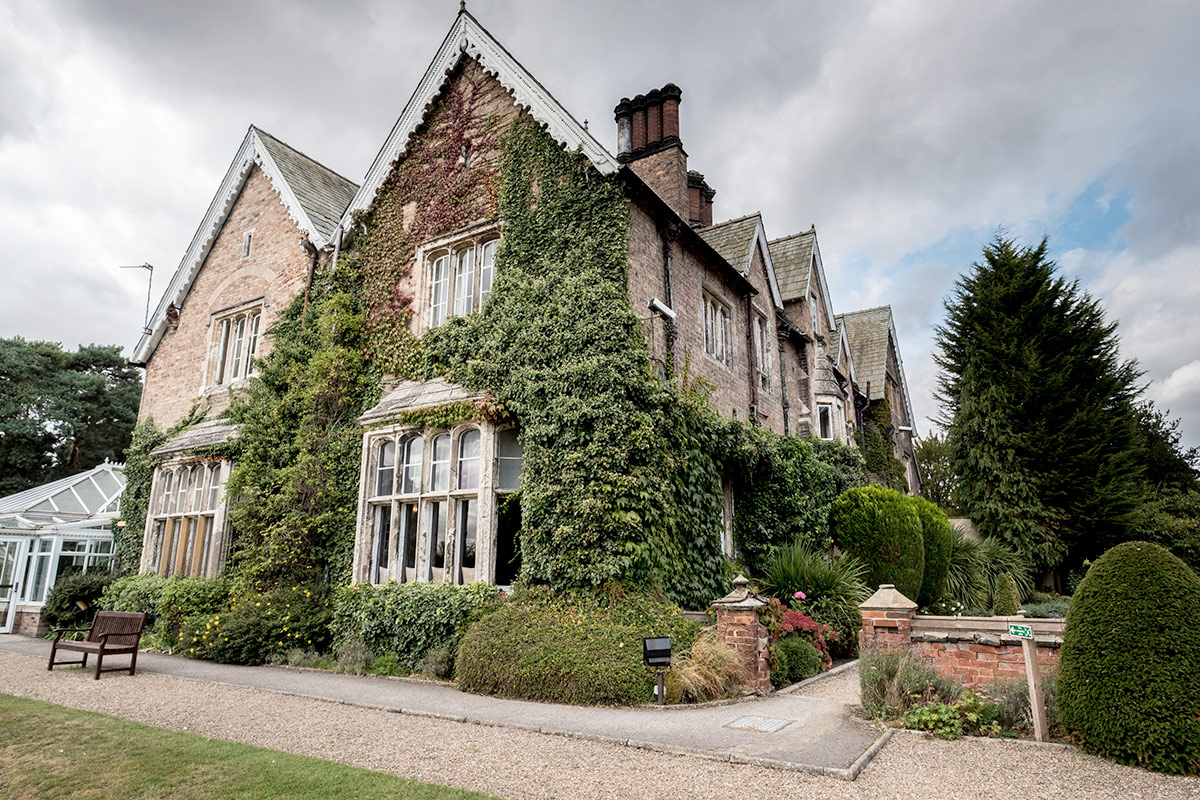 THE PARSONAGE. The Parsonage or rectory as it was known dates from 1848, when Stephen Lawley rector of Escrick commissioned the architect F C Penrose to replace the old rectory. Lawley was the younger brother of Lord Wenlock who owned the Escrick estate.

It is built from York brick and stone dressings in the Tudor style. An observant visitor will be able to see the date of construction and Stephen Lawleys monogram on the downpipes. The original house had nine bedrooms and a detached service wing housed in a coach house, a stable, saddle-room, three granaries, a laundry, a brew house, a straw shed, a pigsty, a cowhouse and a cottage.

Lawley was rector of Escrick for twenty years until he resigned in 1868. He retired to a scholarly life in Devon but is buried in Escrick. His memorial can be viewed in the Church.

In 1949 Queen Margaret’s School took over the building and renamed it The Lodge. It was sold in the 1970’s to local business man Doug Wright who retained the name and ran it as a pub and B&B. Since the late 1980’s it has been The Parsonage Hotel and has undergone a series of extensions and improvements. There are now fifty bedrooms, two restaurants, a bar, various function rooms and a spa complex.

The BIER, a hand funeral bier, was presented to the Parish on 27th May 1902 in memory of Lance-Corporal Tom Pearce-Brown.